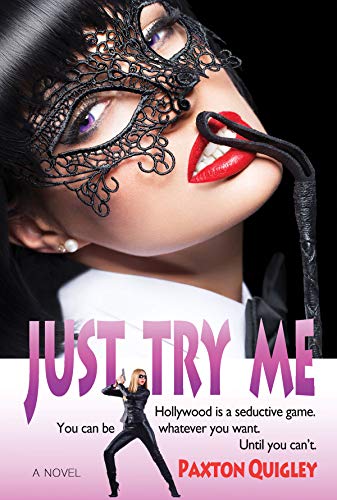 Her latest novel, “Just Try Me” is available on Amazon.com and ePub ITunes. Kirkus Reviews said, “A swift
entertaining tale with plenty of series potential.”

Prior to authoring books, Paxton Quigley was Director, Community Relations for Playboy Enterprises, Inc., Los Angeles, for five years, and reported to Hugh M. Hefner and Christie Hefner. Additionally she worked with actor, Robert Wagner, as the promotional director for two years for the Jimmy Steward National Relay
Marathon, San Monica, California and was also the editor-in-chief of The Valley Magazine in Sherman Oaks, CA.

She is also a co-partner in the oldest existing natural food supermarket in the U.S.—“Country Sun” (ww.countrysun.com), Palo Alto, CA. Paxton chairs her family foundation, “Pathways to Success From School to Work, at the University of Chicago. She is on the Board of Trustees of Institute for Career Development,
NYC. Paxton received her BS degree in the School of Communications from Northwestern University and a MA in Anthropology from the University of Chicago.